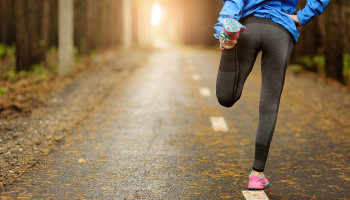 By Andrew ReadAugust 1, 2016Exercise and Workouts Running is one of those things that most people either love or hate. Usually, the two camps are divided by one factor — skill.

The group of people who love running tend to have run earlier in life and picked up some skill at it. Like with many things, those who develop a particular physical skill early will often have a seemingly “natural” ability at it later, even if they don’t perform that task often.

In the group of people who hate running is everyone else. In the fitness world, this is often where the “hardcore” reside. Usually this group is populated with people who lift heavy things quite well. What a surprise that someone who is born to be really strong or who develops muscle easily isn’t very good at something that rewards the exact opposite body type, right?

In the past, running was simple. It generally involved three camps:

The final group is probably the most at risk. Anyone who takes up a sport while overweight is bound to struggle, and doubly so when that sport is running. The stats on running can be quite frightening. It’s said that 80% of runners will get injured in their first year of training. Those are some pretty horrible odds. But what if I told you it doesn’t have to be that way? 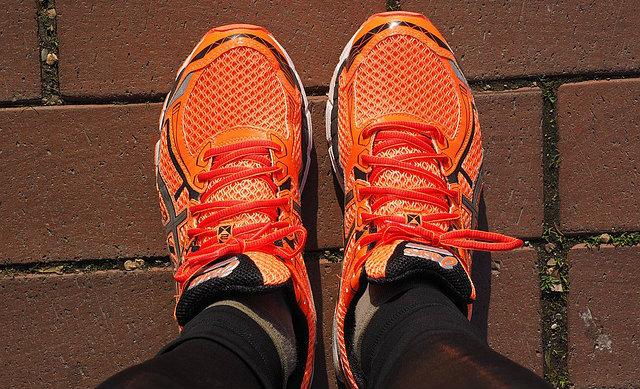 A few years ago, I wrote a program that has gone on to become the single most successful program I have ever written. It worked so well that it became the basis for my own book on running, Run Strong. At this point, hundreds of people have followed it and every single one of them has reported zero injuries from their start into running.

I’ll let that sink in.

Despite engaging in a sport that has an 80% injury rate for newbies, this plan has a zero injury rate as far as I know.

However, like most plans I wrote in the past, I have since come up with some additions that will make it better. That is what I present to you today.

The Basic Format for Running

The basic format for a beginning runner actually has two parts. The first part is ensuring our body is working correctly. There are a number of ways to do this. The first way is to look in the mirror and be honest about how much body fat you are carrying.

Is it any wonder why people get hurt? So the first part of Stage One is to do yourself a favor and start keeping a closer track of your food intake.

The second part is to go find someone who knows both running and the FMS. Spending ten minutes to have an FMS screen done by someone who understands running can save you a lot of time and trouble later on. Something as simple as the amount of ankle dorsiflexion you have can make tremendous differences to your running.

At 1,200-1,500 steps per kilometer, that compensation can add up to a massive amount of potentially damaging movement being created in the wrong place. The calves take an enormous strain while running and this is why I’ve added a calf strengthening component to this plan, along with some simple foot rehab. The top minds in movement all say the same thing — develop mobility, stability, and proprioception, then endurance, and finally add strength and power. You can build mobility and stability concurrently while learning about how to run at the same time. The best way to do this is a walk/run program.

I like to begin with sets of five minutes. The first stage is thirty minutes total — jog one minute and walk four, repeated six times. Perform this three times per week. You will slowly increase your time jogging over weeks two through four, though your total workout time will remain thirty minutes.

In week five, we start adding time to the intervals and push them out to ten minutes. Total workout time is also increased to forty minutes for weeks five through seven.

And increase again. You’ll notice we’ve gone from thirty minutes of total time to forty to 45 minutes. Now we extend out to an hour of total time.

That gets us to the end of Stage One. While it may seem like it’s a long way to get there, trust me when I say if you’re taking up running as an adult, then this will be an injury free way to get you running non-stop for an hour. The potential for injury can be compounded more if you are either overweight or carrying a high amount of muscle. Take your time getting through Stage One and make sure your diet is on track.

Determining How Hard You Run

Now that we have a bomb-proof method of progression, we need to nail down some specifics. The first, and most important, is how hard you should be running. Most people try way too hard when they begin. While I commend their efforts and work ethic, often this all-or-nothing mentality will see them flounder quickly as injury takes hold.

Your maximum aerobic heart rate is 180 minus your age. Mine is 140. In the beginning, you may feel like you will need to run so slowly to maintain this heart rate that you may feel faster walking. That is fine. It is a sign of how underpowered you are aerobically and how much you really need to build this most powerful energy system.

Here are the rules, taken from Maffetone’s Big Book of Endurance Training and Racing:

Forget heart rate zones or what your VDOT pace is. You are either running within this zone or not. If you are not, then slow down until you are within these guidelines. And no, no matter what you think of your athletic abilities, you are not so special that you should be allowed to do more. This formula was designed from working with the best endurance athletes in the world. Trust me when I say you don’t need to be going any faster. How to Prevent Running Injuries

The final piece of the puzzle is to bulletproof likely running injuries. Of the five most likely injuries — plantar fasciitis, shin splints, Achilles tendonosis, ITB syndrome, and runner’s knee — the first three can be prevented with the same treatment.

If you can’t hit three sets of thirty reps, then you are lacking the basic strength required in your lower legs and feet and must address this. Thankfully, following the Walk/Run Program 2.0 will give you plenty of time to build up.

The other two injuries — ITB syndrome and runner’s knee — are most often caused by sudden jumps in training volume. Again, thanks to this plan, you will be slowly adding running volume to your training allowing the body more than adequate time to get used to the forces involved.

Run Safely for the Rest of Your Life

Following the Walk/Run Program 2.0, sticking to your 180-minus-age heart rate, and making sure to address lower limb weakness will have you easily work your way up to non-stop running for however long you want no matter your background. Failing to stick to the plan by rushing to the next step, however, will see you join the ranks of the 80% of injured runners.