The Real Truth About How to Cure Your Cravings If you’ve experienced strong cravings in your life, chances are you know how overwhelming and compulsive they can feel.

Whether it’s cravings for food, alcohol, cigarettes, exercise, or using electronic devices — cravings can leave you feeling out of control, caught up, and willing to engage in unhealthy behaviors to satisfy an urge.

I’ve experienced plenty of cravings over the years — particularly for sugary, salty, and fatty foods — and for the most part I’d try anything to get rid of those cravings. I’d tell myself to fight the feelings, to be strong, and to not give in to temptation. I’d rely on willpower to get me through, but eventually I’d give in, especially if I’d had a stressful, tiring, or emotional day.

Don’t get me wrong — it can feel great to satisfy a craving. It causes the reward center of the brain to light up as a flood of dopamine is released, bringing feelings of pleasure and satisfaction. But before long, I’d inevitably feel like I’d failed. Frustration would creep in and I’d berate myself for not being strong enough to withstand a simple food craving. Once again, I’d resolve to fight my cravings next time they came up.

If my experience sounds familiar, take heart — you’re not alone in your struggles with cravings. Most of us get them from time to time, in varying degrees.

The turning point for me was realizing that cravings are normal. They’re an embedded behavioral response, and that’s why I couldn’t “just get rid” of them. I came to understand that it was not the craving itself that was the problem, it was how I viewed that craving (and my subsequent behavior) that led to the unhealthy consequences. These realizations empowered me to approach my cravings a little differently, and devise strategies to tame them.

But before we delve into how to tame them, let’s start by unpacking cravings a bit more.

The Anatomy of a Craving

Put simply, a craving is the result of a repeated behavior performed in response to a trigger, which delivers a reward. Over time, that behavior gets laid down as a habit and a craving emerges each time that trigger is encountered.

Let’s use the example of a cinnamon donut. The aroma of a freshly-baked cinnamon donut can have a tantalizing effect. As the smell wafts over you, your taste buds light up in anticipation of savoring a soft, delectable morsel. Before long, all you can think about are cinnamon donuts. The feeling becomes overwhelming and, try as you might, you can’t resist the urge — you bite into that hot deliciousness and feel a wave of satisfaction and pleasure.

In this example, the trigger is the smell of the donut, the behavior is eating the donut, and the reward is feeling pleasure and satisfaction. Now, I’m not saying that eating a cinnamon donut is a bad thing. By all means, eat the donut if that’s what you truly desire. The key distinction with a craving is that we continue to act on it — without control over our behavior — and despite adverse or unwanted consequences.

Therefore, the behavior itself may not be problematic in a stand-alone context. But it’s the repetition of that behavior — embedded in response to a trigger — that leads to the craving becoming automatic.

We begin to feel like we have no control over our behavior and feel compelled to satisfy the urge. Depending on the craving, this can lead to a range of harmful health consequences including over-eating, excess drinking, compulsive exercise, addiction to cigarettes and other substances, and over-dependence on electronic devices. Not to mention the adverse feelings of frustration, failure, stress, worry, anxiety, self-judgment, or worthlessness, and the subsequent impact on mood, relationships, and enjoyment of life.

As you’re probably aware, a habit is a repeated behavior that has been ingrained over time until it becomes automatic. Like the habit of brushing your teeth — you’ve done it so often that you no longer need to exert conscious effort or willpower to do it.

Well, cravings are habits. The difference is, they’re unhelpful habits.

A craving habit usually builds slowly. It develops as a pattern over days, weeks, and months until it become an automatic habit loop — each time we’re triggered we perform the same behavior. We may not even want to perform the behavior, but it happens so automatically that we feel like we have no control over our actions.

We can’t simply get rid of our cravings — the triggers will always be there. And once the craving is a habit loop, it exists deep inside our brain as an automatic program. This explains why it feels so hard to fight cravings and how relying on willpower alone isn’t enough. What we can do, though, is reprogram that habit loop by embedding a new behavior in response to the craving’s trigger, which delivers the same reward.

What do I mean by that? Let’s go back to the cinnamon donut example. In that case, we have:

To reprogram that habit loop, we need to replace the behavior (eating the donut) with an alternate behavior that delivers a similar reward (feeling pleasure and satisfaction).

We then need to embed that new behavior until it becomes an established routine. Over time, and with repeated exposure, it will become a habit. So, whenever the trigger occurs, the new (and helpful) behavior will be performed automatically.

In reality, some cravings are incredibly strong and have become deeply ingrained habits. Replacing those cravings with more helpful behaviors will take persistence, determination, and effort. It will require a good dose of self-awareness, an understanding of your triggers, and a willingness to be uncomfortable while the reprogramming takes effect.

As we know with habits, though, building good ones are worth it. They free up energy, effort, time, and space so you can enjoy life in a way that feels good to you, while being in control of your own behavior. Let’s look at four specific strategies to help tame your cravings. Notice what’s happening when you feel a craving hit. Where are you? What time of day is it? What are you doing? Who are you with? Where in your body do you feel the craving? Does it feel big, small, round, sharp, still, or moving?

Notice how you feel some time after the craving has been satisfied, i.e. disappointed, helpless, frustrated, out of control, judgmental, etc.

Record this information in a notebook or somewhere handy. You’ll need it for the next steps.

Brainstorm a list of “circuit breakers.” These are alternate behaviors to try when the craving is triggered.

For example, you could try taking a walk, spending five minutes stretching, taking ten deep breaths, drinking a glass of water, having a cup of coffee, eating a piece of fruit, calling a friend, talking with a work colleague, reading a book, watching a funny YouTube clip, writing in a journal, etc. Write a plan of what you will do the next time a craving hits. List which alternate behavior you’ll try, how you’ll feel after performing this alternate behavior, and how your plan will help you enjoy a healthier, more fulfilling life.

Set this plan as a reminder in your phone, or put a visible note in your diary, on your desk, or in your house or car — wherever the craving usually strikes.

We’re more likely to stick to something when we feel we’re not alone. So, recruit a support network — enlist your friends, family, work colleagues, online support group, or have a buddy you can call when your craving feels out of control. Let your trusted community know why you’d like their help, and how they can support you.

How Will You Approach Your Cravings Now?

Going through the above process will help you feel more in control of your cravings, while laying the foundation for more healthy and helpful habits.

And it’s during those times — when we’re under stress or duress — that the temptation to default to previous behaviors is at its highest. By trusting the process, and taking it one day at a time, you can let go of self-judgment and choose to act in a way that feels right for you. 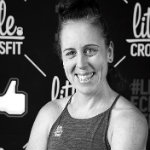 Michelle is a gym owner, a life and mindset coach, and a recovering workaholic. She spent twenty years in the corporate world before leaving to focus on her gym (Little CrossFit) and coaching business (Little Coaching).

Michelle helps people become fitter and healthier while navigating life and career changes. She is passionate about coaching her clients to be more resilient, break overwhelm, and uncover a more fulfilling life.

In her downtime, Michelle loves nothing more than a good book and a great cup of tea.