Why We Judge and How to Turn It Into Something Good 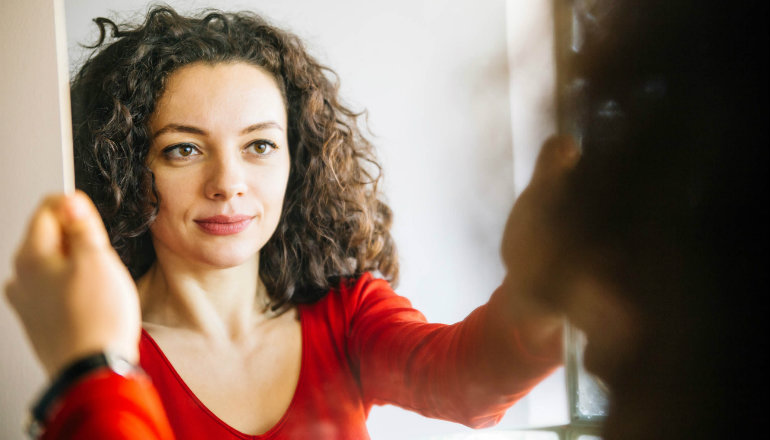 Let’s be honest: it’s so, so easy to slap a judgment on someone.

And so has everyone else you know.

But this Judgy McJudgerson side of us (that, yes, we all have) isn’t a bad thing, per se.

It’s actually part of our human nature. And while you don’t have to condone name-calling, it is possible to view how and why we judge through a clearer, more understanding lens — and turn that power into something good.

Why Do We Judge?

When we judge, it’s common to try to distance ourselves from these statements. This is why we say things like, “I would never do something like that.” But we also often judge in the opposite direction — putting others above us:

Judging is simply our attempt to create a hierarchy of better than/less than, superior to/inferior to. Why the heck would we put ourselves down? Well, we tend to like the way things are and, ironically, moving toward a more positive judgment of ourselves requires strength and vulnerability. It can be scary to ask ourselves, “Who would we have to be if we were just as good as everyone else?” If we didn’t have “faults” (i.e., excuses), we might have to take greater responsibility for certain things in our lives — and that’s not an easy thing to take on.

In addition to all that, there are other factors that can contribute to why we want to put ourselves up or down:

Our judgment tendency is also ego-driven. Our ego is what famed neurologist and founder of psychoanalysis Sigmund Freud referred to as “the part of our [psyche] which has been modified by the direct influence of the external world.” In other words, it’s the part of us that tries to make sense of other things, people, and events by using ourselves as a reference point.

Our ego can be useful when it comes to staying alive in the woods, developing a tribe, or running away from woolly mammoths. But in our modern-day world, the role of ego is less about life and death and more about maintaining a healthy sense of self. As a result, we tend to judge others most harshly for things we don’t accept about ourselves — things that threaten our sense of self.

Which brings us to the funny thing about judgment: it’s a mirror. The World Is Your Mirror — So Take a Good Look

At its core, the “mirror world theory” is this:

You can only see in others what you have inside yourself.

Huh? Here’s the deal: you’re not actually observing other people’s qualities objectively; they are acting as a mirror, reflecting back the unacknowledged feelings you have about yourself. So, the way you think you feel about things, people, and events around you is only a reflection of the way you feel about yourself. When you’re judging someone for being selfish, lazy, wealthy, beautiful, etc., you’re actually judging yourself as the very same thing — you just haven’t fully owned or accepted that trait yet.

The mirror world theory hinges on the basic premise that every human has every human trait — qualities like industriousness, selfishness, beauty, greed, kindness, jealousy, etc. (research puts the estimate somewhere around 4,000). People simply express these traits in different ways, at different times, and in different areas of their lives.

Find this hard to believe? To help you understand, try this quick experiment:

If you come up with ten, twenty, or even fifty examples (it may be tough, but you can), you’ll start to see that you and other people are far more alike than different. No one is more or less rude/kind/beautiful/mean/selfish than anyone else. We just express these traits in our own ways, to our ends, and at different times. You may see that your desire to judge others as rude is an attempt to protect yourself from your own judgments about yourself.

If you can accept this belief — that the world is your mirror — it may at first feel a little scary or disheartening, but it can also be incredibly empowering. Here’s how. 3 Ways to Use the Mirror World Theory to Your Advantage

The mirror world theory is a belief system, a philosophy. It’s your choice to believe it and apply it to your life (or not). Here are three reasons you may want to:

We judge. Then we judge ourselves for judging. Cue vicious cycle of guilt and shame. When you understand that passing judgment (either positive or negative) is literally a function of the human brain, then it’s much easier to be kinder to yourself when you see yourself doing it.

To this end, it’s unwise to set a goal to “stop judging others” — all fights against human nature tend to end poorly for the challenger. Instead, we can learn to become more aware of when we do judge, and through that awareness move on to more loving thought patterns.

One of the best tools I know for this is self-forgiveness. It’s simple and effective. It takes place after the realization that you’ve judged another person in order to protect yourself. Let’s say you’re judging your friend, Amy, as selfish. As soon as you discover you’re doing it and what it’s protecting you from, state, “I forgive myself for judging myself as selfish and I forgive myself for judging Amy as selfish.”

Notice you are never forgiving Amy for being selfish (or you for that matter). This is a practice in letting go of the idea that either of you did what you did because you are selfish people.

2. To Stay Humble — and Understanding

Realize that when others judge you, it’s really not about you. After all, they’re judging themselves, too, and we know there are tons of factors that may be contributing to why they are doing so. This makes it much easier to develop healthy resiliency and a brush-it-off attitude in the face of judgment.

The next time someone judges you for something, don’t immediately defend yourself — instead, try agreeing with him or her. “You know what, maybe you’re right.” At that moment or later, think of a few other times in your life when you’ve expressed the trait you were being judged for — this is a great exercise in humility. Also, remember the person in question has that trait, too. He or she just may not accept it yet. That old saying “you can only love others as much as you love yourself” is honestly truthful.

Think of three people you admire — family members, friends, celebrities, etc. What traits of theirs are you most impressed by? Realize that if you’re seeing the trait in them, the mirror world theory states that you must have it in yourself, too.

Don’t see it yet? Get out that piece of paper and start writing down all the times in your life you can think of when you were brave/wealthy/kind/beautiful, etc. Why We Judge, and Why It’s a Gift

Start today: try to notice when you create a judgment, either positive or negative, about someone else. At some point before the day is through, quietly reflect on how you express that same trait.

Through this kind of exercise, you can begin to realize that your natural human tendency to judge is a gift that can help shine a light on what you don’t yet love about yourself. It’s only through such illumination that we can move toward more whole-hearted acceptance and appreciation, of ourselves and others.