When Scott Bolt, age fifty, played the Whole Life Challenge for the first time in 2012, he wasn’t sure he needed it.

Scott already exercised regularly at CrossFit 714 near his home in Orange County, California. He always felt he followed a good diet, he never smoked, and he doesn’t drink alcohol. Scott only had one real weakness: a love of sugary sweets.

However, when CrossFit 714 announced they were going to host a Challenge, Scott decided to join and play with his seventeen-year-old daughter. Through the Challenge, Scott discovered good health isn’t only about exercising regularly and avoiding alcohol — he realized there were many aspects of his health he had ignored or not yet considered.

“It was pretty mind-opening,” Scott said about his first Whole Life Challenge. “[It] was like putting on a whole new pair of glasses to look at health and nutrition.”

Scott had a healthy diet, but even he had room for improvement — which he didn’t fully understand until that first Challenge. Before the Challenge, Scott would eat well for three or four days, then indulge in his sweet tooth for a day and miss a workout or two. Then, it would be back to eating well for another three or four days. 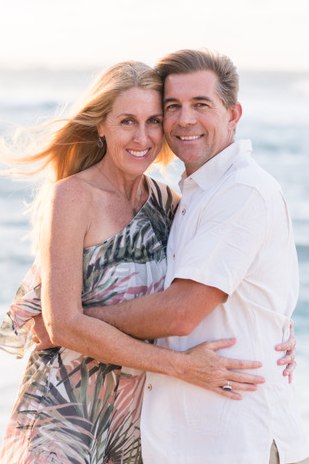 And, although Scott didn’t need to lose weight or find motivation to exercise, he found great value in the Well-Being Practices. He liked focusing on one practice for a week, and then deciding if that particular practice was something he wanted to incorporate into his life. “The [Well-Being Practices] help me self assess where I’m at in my life and sample the benefits [of that practice],” Scott said.

Scott said he continues to value the Challenge because participating reminds him to look closely at what eats, to move away from packaged products, and to eat mostly fresh food. And realizing he could improve the quality of his life and reduce his doctor visits just by creating healthy habits was powerful for Scott.

“I have to take responsibility for my health,” he said, “nobody else is going to do it. No insurance policy, no organization. I’m too old to have my mother tell me what to eat.”

“[The Challenge] cleansed my mind, cleansed my soul a little bit. It cleanses the physical,” he said, adding, “I think there’s something to be said for the duration and the sacrifice.”

Taking the Challenge to Work

Since that first Challenge, Scott played many times, both with his daughter and on his own. Then, in the summer of 2018, he overheard his employees at the construction company he owns talking about how they needed to exercise more and lose weight. Scott had just received an email about the upcoming fall Whole Life Challenge, so he had an idea.

“If you guys want to lose weight, get healthy, and change your life — perfect timing,” Scott told his employees, “I’ve got just the thing for you.”

Scott created a Whole Life Challenge team and invited everyone in his office to play. Eight of his ten office staff signed up, along with six spouses. Unlike Scott, most of the people in the group did not exercise regularly, and everyone was eager to establish new habits and improve their health.

“I wanted to promote wellness in the workplace and in their personal lives,” Scott said. He hoped everyone would learn something about how to improve their health.

To make things even more exciting, Scott created two teams within the group and offered weekly prizes for the group with the most points. Then, he dangled an even bigger incentive in front of the team for the end of the Challenge — if, as a group, they earned 90% of the total points available during the Challenge, he’d take the team and their spouses to Mammoth ski resort for the weekend. Each week the competition was fierce between the two teams. Nobody wanted to let down their team. And the weekly prizes Scott offered were generous, including paid time off work to spend a day hiking, kayaking, or at a spa. Scott didn’t just want to make it about prizes or points; he wanted to share the joy of good health with his employees.

Scott said although the motivation for many of his employees was improving their physical health, they discovered the Well-Being Practices made a difference in their mental health and opened up conversations that brought them together as a team.

“It started with physical things and it kind of [led to] dropping relationships that might have been rocky and letting things go. We had fun conversations about that stuff. We talked about resentment and letting it go,” Scott said.

Scott admits that before hosting the Challenge at his company, he thought team-building activities at work were useless. Then, he saw his employees rallying around the Challenge and getting excited about improving their health and well-being, sharing recipes, and commiserating over difficult workouts. This was behavior that brought his office staff together in a way he hadn’t seen before.

“It totally changed my perspective on team-building type stuff,” Scott said. “I think that businesses stand a lot to gain from bringing the Whole Life Challenge into their workplace.” Many of Scott’s employees saw a noticeable improvement in their health during the six-week Challenge. Even the people who played casually learned quite a bit about nutrition and exercise. “It was eye-opening for them,” Scott said.

His employees started to understand the need to read nutrition labels, and many of them realized food they thought was compliant was full of non-compliant ingredients. And the process of participating as a team and discussing fitness caused some of the players to increase the intensity of their workouts when they realized they weren’t exercising as hard as they’d thought.

All the players took before-and-after photos and participated in the benchmark workouts, and everyone in the office improved on their mile runs and their timed sit-ups. One of Scott’s employees played at the Performance Level and lost about thirty pounds — dipping below 200 pounds for the first time since he could remember.

“He was ecstatic,” Scott said.

And they all had something else to be ecstatic about, too.

When the Challenge finished, the group had collectively achieved 90% of their points — they had earned their ski weekend in Mammoth.

The Joy of Sharing Good Health

Scott knew he liked the accountability, camaraderie, and motivation he found each time he played the Whole Life Challenge, but he was surprised to discover the profoundly positive effect it had on his employees. Moving his focus from his own health to that of his employees showed Scott the joy of sharing good health and making wellness a focus of his company.

“It was fantastic and productive across the board and I would definitely recommend it in a workplace environment,” Scott said. “It’s about creating balance in your life. We will be doing it again for sure.”